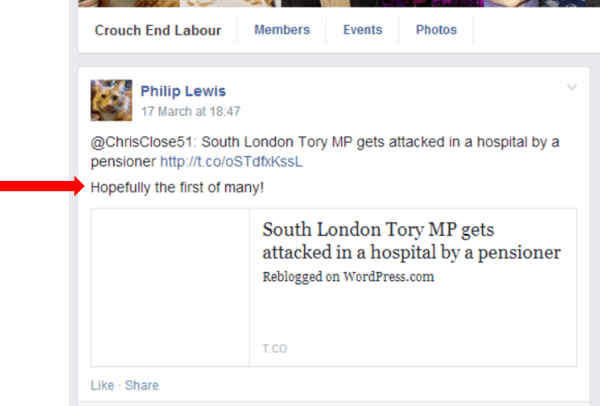 (From a public Facebook posting on the Crouch End Labour Party Facebook group with an arrow added by me. The story in question involved a Conservative MP turning up at a hospital for treatment and getting attacked by someone with their handbag.)

Ironically Philip Lewis is the ‘health and safety officer’ for the Camden Council Unison Branch. Health and safety unless you’ve got political views he doesn’t like it would appear…