Email is not your enemy 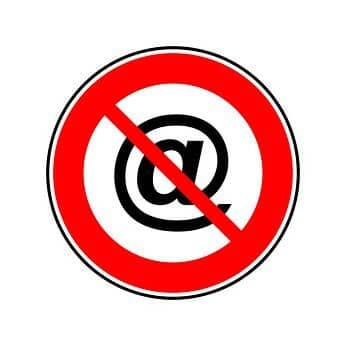 It is the jobs that businesses create which are the issue

Apart from the usual nonsense of people claiming “email is dead”, there appears to be a growing number of people saying we should give up email altogether. Indeed in the space of one day several leading publications have told us how we can all live without email. Firstly, there was Fast Company magazine which suggested “How to Live an Email Free Life“. Then there was Inc Magazine which told us “What You Gain When You Stop Using Email“. And then there was the highly influential “MH Blog” which explained “How I Cut the Amount of Email I Receive by 83% in Less Than a Week“. It is as though someone has started a campaign against email.

So what are the facts about email?

Well, it started a long time ago. The first emails were sent in 1962 – that’s right 52 years ago; even then, the systems were dealing with 30m messages a month. Email is established; it is not some modern whim. It is older than most people who read this blog.

Another fact about email is its commercial value. Various studies point to the supremacy of email marketing over and above web marketing. It appears that people respond more positively to emails than to web pages. In turn, the conversion rate from email marketing is higher than from web marketing generally. Email marketing alone is responsible for several billions of dollars being spent each month on Amazon, for instance. And consider for a moment why spam exists. It exists because it is commercially successful. You may have switched on spam filters to avoid receiving email messages about various anatomical enlargements you might yearn for. But enough people do not filter these messages out and enough people click on them and buy the dubious products to help make sure a global multimillion dollar business exists. Whatever you might think about spam, it is hugely successful and profitable for the people who send it – that’s why they send it. Whichever way you look at email, it is undeniably profit producing, both for spammers and for legitimate businesses.

Furthermore, email is immediate and ever-present. If you want to get a message to someone who is not in the office and who has no mobile phone coverage, email will more likely reach them thanks to Wi-Fi. Even if they are in an aircraft, out of mobile phone signal range, they can still get your messages. Email is more instant than text messaging today. If you need to communicate quickly, email works.

Email productivity is a problem

In spite of the obvious benefits of email, there are plenty of reasons to suggest it is also a problem. After all, I suspect you think that you spend too much time on email. The notion of the “zero inbox” is a long and distant dream for many people, And even those who do end the day with nothing in their inbox probably wish they didn’t have to spend so much time doing the organising it requires. On average we spend several hours a day dealing with email. That is much more than we ever spent on handling the morning post when the envelopes arrived on your desk. Snail mail was a lot less time-consuming.

Furthermore, there is a psychological issue with email that we did not have with printed mail. Printed mail came into your office once, maybe twice, during the day. Most office workers spent a concentrated period of time dealing with the post and then the rest of the day “working”. Now, though, email interrupts most people constantly. As a result their brain has to switch attention – this takes time; indeed studies suggest that attention shift for most workers is now taking an hour a day away from their work.

But just how much of a productivity problem is email? Research compiled by Career Builder suggests that it is not as great as we might believe. It turns out that “gossiping” in the office is much more of a problem than email. Indeed, general web surfing or going off for smoking breaks are more of a disruption to our work.

Personal feelings get in the way

When you look at this Career Builder data, together with their earlier work on personal Internet use, you can see that what gets in the way the most is doing personal stuff. We spend an hour a day of each working day surfing the web for non-work related information. And other studies show that around a quarter of our emailing time at work is for personal emails, not business related ones.

The real issue is job design. Far too many jobs are badly designed, making them less interesting than doing personal stuff online. Not only that, recruitment practices often seem to put round pegs in square holes – getting anyone to fill the job rather than the right person. That means the only thing they are really interested in is the money they take home.

And what is the response of business leaders? To monitor email usage or ban mobile phones. That is shutting the stable door.

If your business has an email productivity issue then the first place to look is at the kind of jobs you have created and the kind of people you have doing those jobs. Get those issues right and the negative side of email will be lessened and its huge benefits made to work better for your company.